Torrential rains that continue to pound several remote regions in Rwanda have destroyed at least 200 heactares of crops in Karongi, a district in Western Rwanda since last week, a  senior local administrative official in the region confirmed to PANA in Kigali

Since last week, rain has fallen in a series of bands in Western Rwanda before damaging roads and bridges Karongi district, some 150 Kilometers from Kigali in the Western Rwanda, reports said.

The Executive Secretary of Murungi Sector in Karongi district, Mudacumura Aphrodis as saying that economic losses so far were 350 million Rwandan Francs (around 417,000 USD) and that several major rivers had risen above warning levels.

The Rwanda Meteorological department has said that periods of heavy rainfall are likely to continue in some parts of the country especially in the North and Western Rwanda  during the period between September and December 2017.
In the meanwhile, Rwandan health officials have also urged the public to take precautions ahead of the rains that may lead to another wave of water-related diseases.

The East African nation’s Northern and Western provinces are routinely lashed by torrential rains especially during the season from September to December and from February to May. 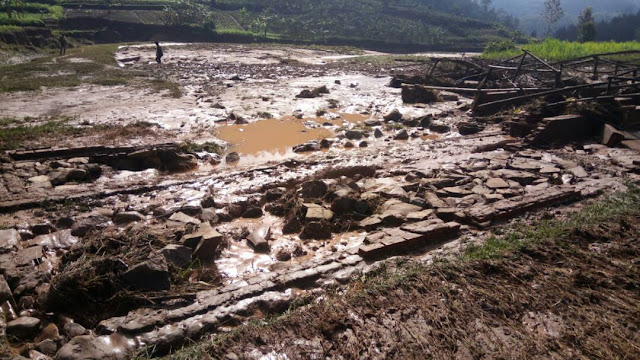 What does early action mean for communities? #GlobalDP