“The drier than average rainfall forecast over northern Ethiopia and South Sudan should be closely monitored, considering that the month of July is one of the most significant months contributing to the June-September season in the northern part of the Greater Horn of Africa. On the other hand, parts of Sudan and western Eritrea are likely to experience wetter conditions. Off-season rains are anticipated over some parts of the equatorial and southern parts of the Greater Horn of Africa, which are normally dry and cold in July, “a release on Tuesday June 18th The IGAD Climate Predication and Applications Centre (ICPAC) said.

ICPAC is a Regional Climate Centre which provides medium range and extended climate forecasts that are required by Intergovernmental Authority on Development (IGAD), the National Meteorological and Hydrological Services (NMHSs), and other national, regional and international partners.

The ICPAC release also gives a preview of the rainfall situation for May and early June as follows: 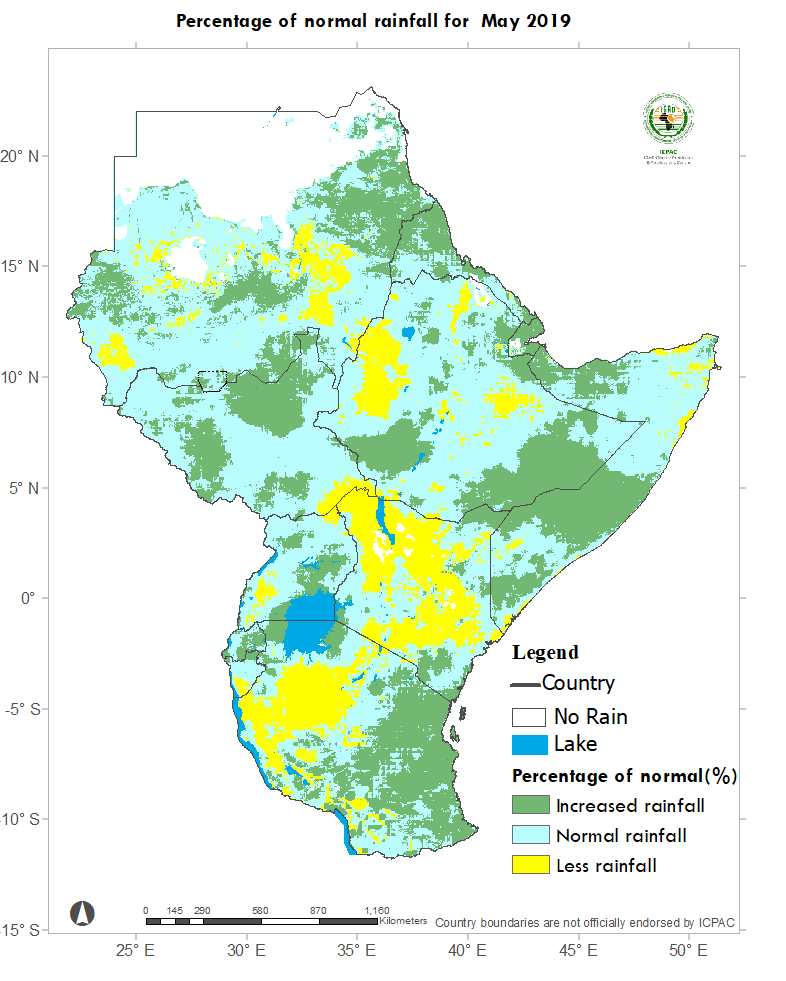 Scattered showers in May brought relief to the extended dry conditions that persisted across much of South Sudan, southeastern Ethiopia (Gode), Djibouti, and northwestern, central, and southern Somalia (Hargessa, Bakool, Hiiraan, and Jubbada Hoose), while off-season rains extended into Eritrea and eastern Sudan during May 2019.

Wetter than average conditions were observed in western Sudan, eastern Tanzania, Rwanda, and eastern half of Uganda.

On the other hand, northwestern/northern Kenya, from Turkana to Garissa remained dry during May 2019, although a few showers were experienced in late May to early June 2019

UGANDA: About 1.1 million people in parts of the country likely to experience high levels of acute food insecurity; over 100,000 children likely to...

Rains to continue in most parts of the country – UNMA