(CNN)The tiny town of Lytton has come to hold a grim record. On Tuesday, it experienced Canada’s highest-ever temperature, in an unprecedented heat wave that has over a week killed hundreds of people and triggered more than 240 wildfires across British Columbia, most of which are still burning.

Lytton hit 49.6 degrees Celsius (121.3 degrees Fahrenheit), astounding for the town of just 250 people nestled in the mountains, where June maximum temperatures are usually around 25 degrees. This past week, however, its nights have been hotter than its days usually are, in a region where air conditioning is rare and homes are designed to retain heat. 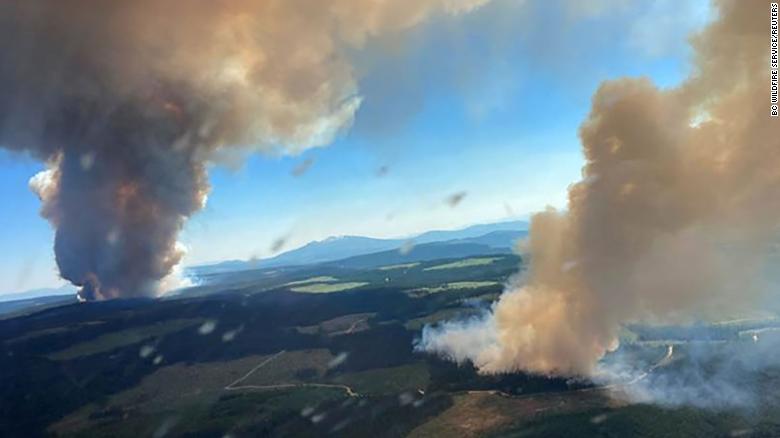 Smoke rises from a fire at Long Loch and Derrickson Lake in Central Okanagan in Canada on June 30.Now fires have turned much of Lytton to ash and forced its people, as well as hundreds around them, to flee.Scientists have warned for decades that climate change will make heat waves more frequent and more intense.

That is a reality now playing out in Canada, but also in many other parts of the Northern Hemisphere that are increasingly becoming uninhabitable.Roads melted last week in America’s Northwest, and residents in New York City were told not to use high-energy appliances, like washers and dryers — and painfully, even their air conditioners — for the sake of the power grid.

In Russia, Moscow reported its highest-ever June temperature of 34.8 degrees on June 23, and Siberian farmers are scrambling to save their crops from dying in an ongoing heat wave. Even in the Arctic Circle, temperatures soared into the 30s. The World Meteorological Organization is seeking to verify the highest-ever temperature north of the Arctic Circle since records there began, after a weather station in Siberia’s Verkhoyansk recorded a 38-degree day on June 20. 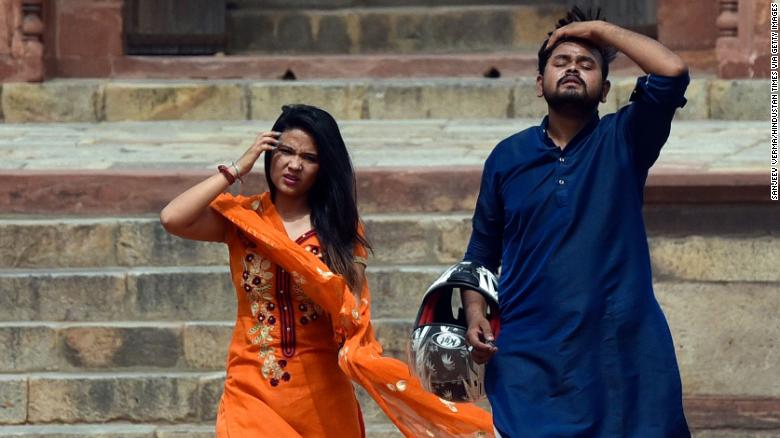 Visitors at Humayun’s Tomb in New Delhi, India, on a hot day on June 30 amid a heatwave.In India, tens of millions of people in the northwest were affected by heat waves.

The Indian Meteorological Department on Wednesday classified the capital, New Delhi, and cities in its surrounds as experiencing “severe extreme heat,” with temperatures staying consistently in the 40s, more than 7 degrees higher than usual, it said. The heat, along with a late monsoon, is also making life difficult for farmers in areas like the state of Rajasthan.

And in Iraq, authorities announced a public holiday across several provinces for Thursday, including the capital Baghdad, because it was simply too hot to work or study, after temperatures surpassed 50 degrees and its electricity system collapsed.

Experts who spoke with CNN said it was difficult to pinpoint exactly how linked these weather events are, but it’s unlikely a coincidence that heat waves are hitting several parts of the Northern Hemisphere at the same time. 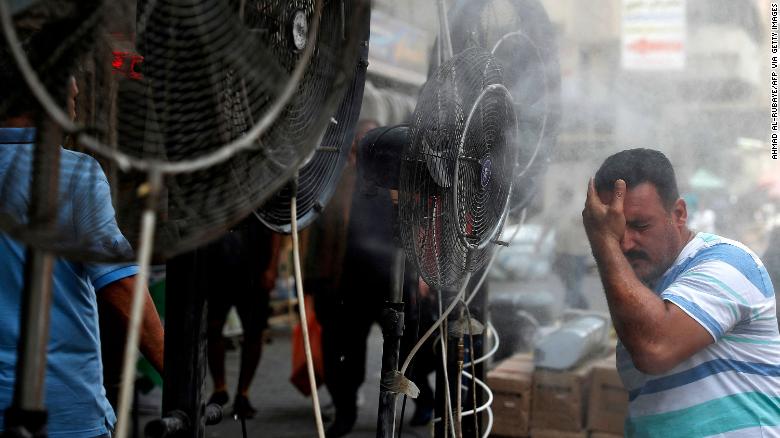 A man stands by fans spraying mist along a street in Iraq’s capital, Baghdad, on June 30.”The high pressure systems we’re seeing in Canada and the United States, all of these systems are driven by something called the jet stream — a band of very strong winds that sits way above our heads, at about 30,000 feet where the planes fly around,” Liz Bentley, chief executive at the UK’s Royal Meteorological Society, told CNN.

Bentley explained the configuration of the jet stream is preventing weather systems from moving efficiently along their normal west-to-east path.”That jet stream has become wavy, and it’s got stuck in what we call an Omega block, because it’s got the shape of the Greek letter Omega, and when it gets in that, it doesn’t move anywhere, it blocks it,” Bentley said.

“So the high pressure that’s been building just gets stuck for days or weeks on end, and these Omegas appear in different parts of the Northern Hemisphere.”In the US, the same thing happened in mid-June in the Southwest, breaking records in Mexico and places like Phoenix in Arizona. A couple weeks later, a dome of high pressure built over the Northwest, toppling records in Washington, Oregon and southwest Canada.

“So we’ve seen these unprecedented temperatures — records being broken not just by a few degrees, being absolutely smashed,” Bentley said.

Scientist says this could happen every year by 2100

There is a growing acceptance among some political leaders that climate change is a driving force behind fueling many extreme weather events, particularly for heat waves and storms.”Climate change is driving the dangerous confluence of extreme heat and prolonged drought,” US President Joe Biden said Wednesday. “We’re seeing wildfires of greater intensity that move with more speed and last well beyond traditional months, traditional months of the fire season.”

Scientists are working on sophisticated tools that can rapidly assess just how much climate change may have contributed to a particular weather event.”We carried out a quick attribution study to get some fast answers to ‘What is the role of climate change?'” said UK Met Office meteorologist, Nikos Christidis, who has been developing simulations to carry out such analysis.

“We found that without human influence, it would be almost impossible to hit a new record and such a hot June in the region,” he said, referring to an area including those affected in Canada and the US.Christidis said in the past, without human-caused climate change, extreme heat in the northwest US or southwest Canada would have occurred “once every tens of thousands of years.” Presently, it can occur every 15 years or so, Christidis said.

And if greenhouse gas emissions continue? Christidis said as often as every year or two by the turn of the century.

Photos: Historic heat wave in the Pacific Northwest couple and their dog lie in the shade Monday in Portland, Oregon. Portland had another record-high temperature on Monday: 116 degrees.C