The South African government has declared a national state of emergency to deal with the impact of heavy rainfall and flooding in the province of KwaZulu-Natal last week. On 11 and 12 April, between 200 and 400 mm of rain fell in a 24 hour period.

The disaster underlines once again the increasing hazards posed by intense rainfall in a changing climate and the need for impact-based early warnings which reach everyone.

At least 443 people were killed and dozens more are missing. An estimated 40,000 were displaced as their homes were swept away by floodwaters. There was extensive damage to businesses, roads, bridges and water, electricity, rail and telecommunications infrastructure. The flooding has disrupted fuel and food supplies.

The Port of Durban – which is one of the largest and busiest shipping terminals on the continent– has been severely affected. This route handles 13,000 heavy vehicles per day and so has had a major economic impact.

The government described it as a humanitarian disaster that calls for a massive and urgent relief effort, and warned that lives, health and well-being of thousands of people are still at risk.

“These floods are a tragic reminder of the increasing frequency of extreme weather conditions as a result of climate change. We need to increase our investment in climate adaptation measures to better safeguard communities against the effects of climate change,” said South African President Cyril Ramaphosa.

“At the same time, we need to pursue our own emission reduction targets through a just transition that protects vulnerable communities and safeguards jobs,” he said. 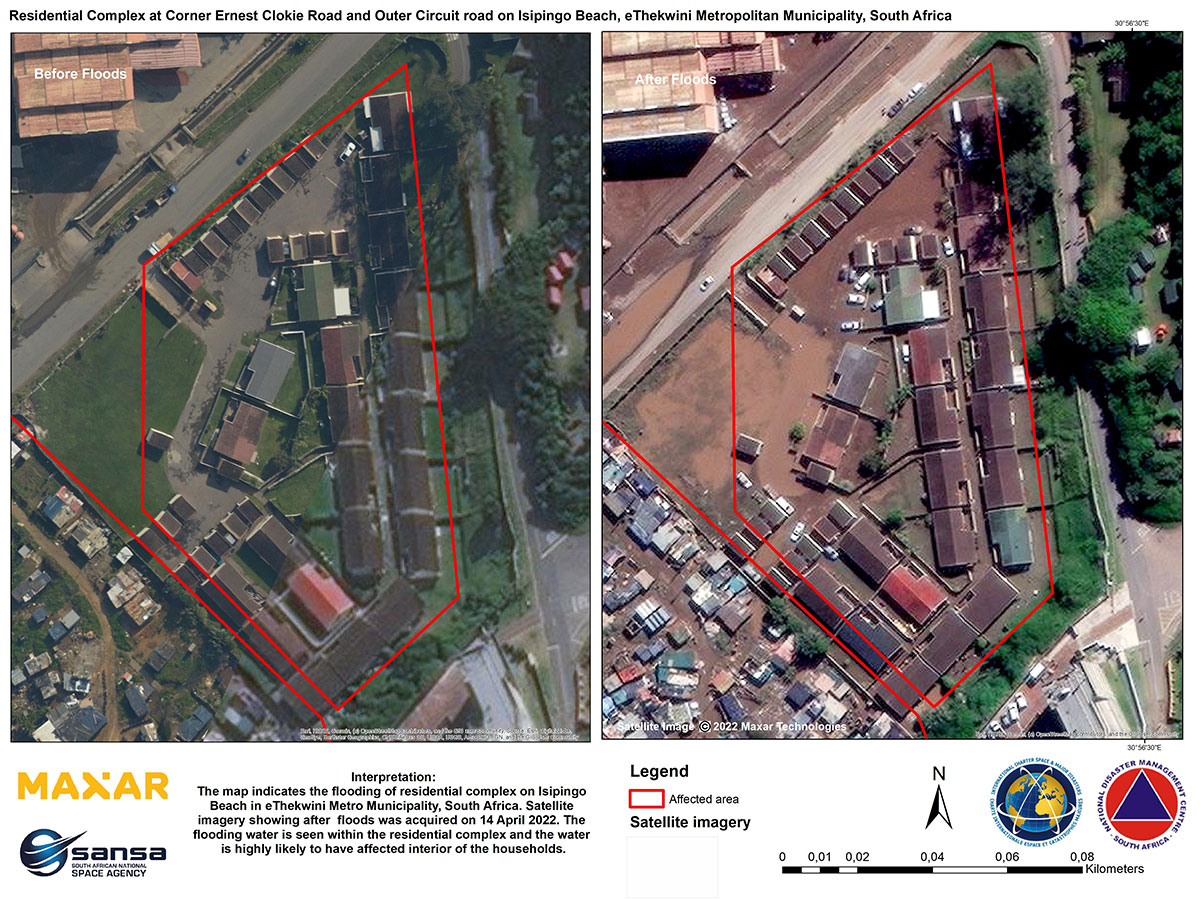 Extreme rainfall is consistent with what we expect from climate change – a warmer atmosphere holds more moisture and so often increases the intensity of rainfall. The Intergovernmental Panel on Climate Change Sixth Assessment report said there is an observed and projected increase in heavy precipitation and pluvial flooding in East Southern Africa.

However, many other factors also combined to make this such a devastating event.

The South African Weather Service said the heavy rainfall was triggered by a cut-off low system. This was enhanced by the presence of sustained low-level maritime air which has been fed in from the southern Indian ocean, thus driving the system to produce more rainfall. Moreover, the original source of the maritime air was from warmer, sub-tropical parts of the ocean, with a greater capacity to transport moisture, an essential ingredient of any rain-producing system.

Overnight rainfall reports from KwaZulu-Natal have underscored the particularly heavy and extreme nature of the rainfall, with some 24-hour falls exceeding 200 mm or even 300 mm. Such rainfall is of the order of values normally associated with tropical cyclones; however  this system was not tropical in nature, nor is it a tropical cyclone

“Whilst impact-based warnings were indeed issued in a timely manner by the South African Weather Service (SAWS), it appears that the exceptionally heavy rainfall overnight and this morning exceeded even the expectations of the southern African meteorological community at large,” the weather service said in a statement.

UN Secretary-General Antonio Guterres joined government leaders in sending his  condolences. The UN chief has tasked WMO with presenting an action plan by November to ensure that within the next five years, everyone on Earth should be protected by early warning systems against increasingly extreme weather and climate change.

🧑🏾‍💻 We'd love to hear about your experience on the use of our onset and cessation seasonal forecasts. Please take this quick survey; your feedback is what helps us improve our climate products and services.