Water and Climate Coalition leaders have endorsed an ambitious Action Plan to achieve a more integrated global water and climate agenda in the face of growing global threats to water and from water-related hazards. It aims to usher in an era of more sustainable water management and related climate change action instead of the existing siloed approaches.

The concluding Dushanbe Declaration noted “appreciation the initiative of the Water and Climate Coalition’s Leaders to establish a set of global water and climate information services.”

« Over the past five years, we have witnessed unprecedented global warming, which has caused droughts and other natural disasters, which have had a negative impact on food security and other sectors of the economy of our countries,” he said.

« A recent report by the Intergovernmental Panel on Climate Change also highlighted the role of water resources in adapting to climate change and achieving sustainability. It stressed that the melting of snow and glaciers and permafrost could have a lasting effect and accelerate global warming, » said Mr Rahmon.

The Water and Climate Action Plan provides concrete proposals, along with estimates of the resources needed, to implement a declaration made by the water and climate leaders in March.

·       An integrated water and climate approach—Recognizing the role of water for informed decision-making in climate change mitigation and adaptation action.

·       International support to improve water data and information for a climate ready world—Working together to operationalise a Global Water Information System that provides status, assessment, and outlook for smart climate and water-related decisions.

·       Partners to join us in the implementation—Support solutions for sound decision making: a water and climate stocktake, a cryosphere information mechanism, a new financing rationale, local engagement, and river basin cooperation.

·       Recognizing the need to protect glaciers—Understanding the role of glaciers as one of the most critical sources of freshwater and uniting forces in preserving these resources through an International Year of Glacier Preservation 2025. 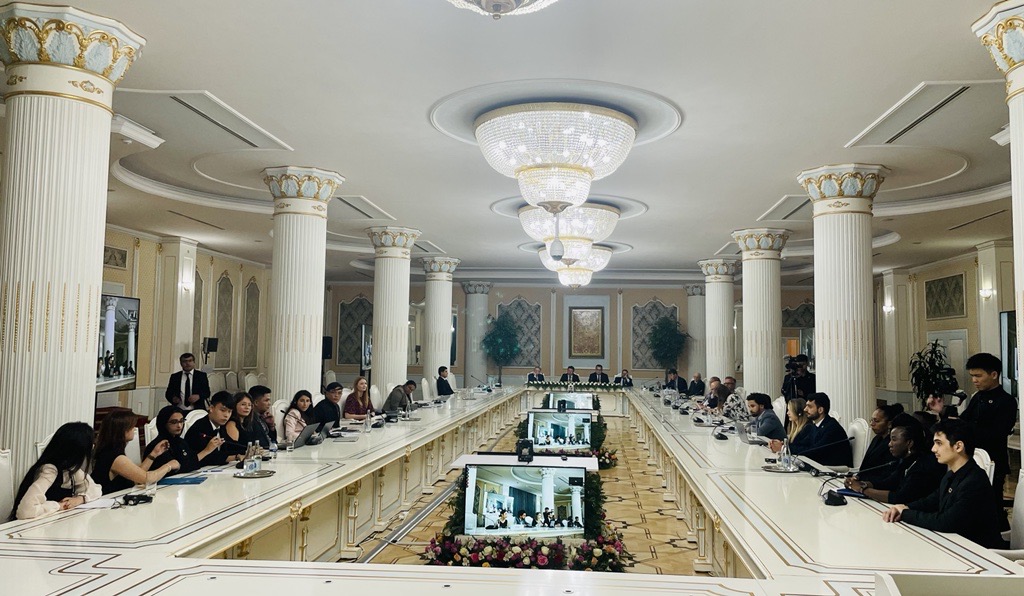 Tajikistan illustrates the challenges ahead. It is a mountainous country with vast water resources, especially glaciers. Over the past few decades, more than a thousand glaciers in Tajikistan have been destroyed. The world’s largest onshore glacier, Fedchenko, located in our country, has shrunk by 16 cubic kilometers in size and 45 square kilometers in area.

This has major implications for sustainable development in a nation in which about 80 percent of the agricultural production comes from irrigated land and more than 98% of electricity in our country is generated by hydropower plants.

The impacts of hydrological changes from the retreat of glaciers and permafrost thaw are approaching the point of no-return.

Only 0.5% of water on Earth is useable and available as freshwater. But in the past 20 years, terrestrial water storage – all water on the land surface and in the subsurface, including soil moisture, snow and ice – has dropped at a rate higher than total human water consumption per year. This has huge ramifications for future water security, given population increase and environmental degradation.

The Water and Climate Coalition Leaders include top representatives of countries which are vulnerable to glacier melt, flooding and drought, as well as United Nations and development agencies, business, civil society and youth. The eminent panel is tasked with providing strategic guidance on integrating the water and climate agendas and accelerating progress towards the Sustainable Development Goals.

Africa contributes little but most affected by climate change – WMO

Opportunity
The Embassy of #France in Uganda, in partnership with InfoNile, is launching a call for proposals for journalists who wish to gain skills in science-based environmental reporting and data journalism https://ug.ambafrance.org/JOURNALIST-COMPETITION-CALL-FOR-ENVIRONMENT-RELATED-PROPOSALS